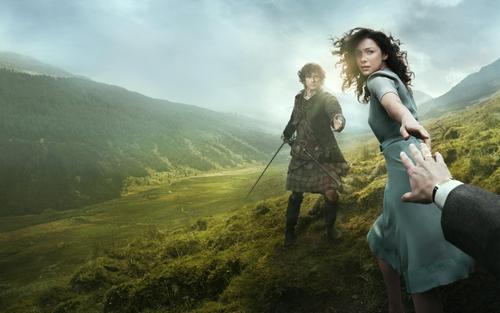 Premise: Follows the story of Claire Randall, a married combat nurse from 1945 who is mysteriously swept back in time to 1743, where she is immediately thrown into an unknown world where her life is threatened. When she is forced to marry Jamie Fraser, a chivalrous and romantic young Scottish warrior, a passionate relationship is ignited that tears Claire’s heart between two vastly different men in two irreconcilable lives. (Source: Starz) 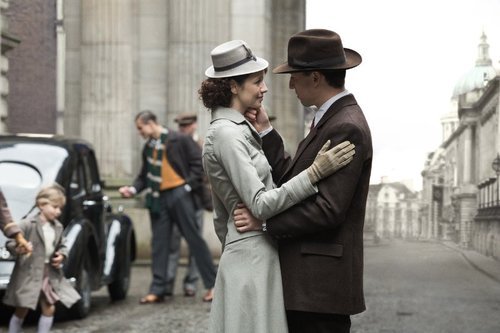 Review: I am impressed with this show. The premise desn’t sound like much but it’s a good show. Thank goodness I was bored enough one day to check it out. The theme song is just wonderful and intoxicating, a great choice for the show that it is. The pilot set everything up nicely, at least the first part of things, we got to know Claire’s life in 1945 before diving deep in 1743’s Scotland.

The characters and the plots are slowly introduced and developed that they quickly feel real. The slow pace the show took created a solid base to amp up the drama, relate to the characters, and set up the era. I felt like with each episodes I learned a little bit more about Scottish culture. The voice over stayed throughout the season but I didn’t mind it. It was on point, adding to the information that the images and/or the great performances were giving. It also made boring shots (people walking around, landscape shots – however beautiful they were) more interesting.

The show is full of little references, I did not expect to find e.g. “When you eliminate the impossible whatever remain, however improbable, must be the truth.” a quote that many of you have heard in Sherlock. 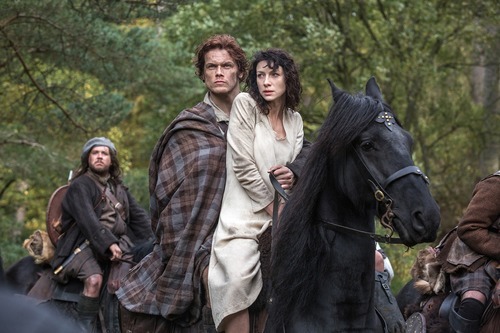 The pilot’s development on Claire’s life in 1945 made even more sense once they started to use flashbacks. I don’t know if the flashbacks would have made any sense if they hadn’t spent a good portion of the pilot in 45. Claire strong, pigheaded AND annoying at times. Jack Randall is amazing, powerful, which is even more impressive when you compare the actor’s performance as Clair’s husband in 1945.

The further we went with the show, the more riveting, and beautiful Outlander was. I was giddy and excited to watch the show. Outlander was a little bit all over the place when it came to categorize it, it was a bit sappy, cheesy but it also got dark, I mean really DARK, which was a direction I didn’t exactly expect. Not having any spoilers from the books I thought I was imaging Jack Randall’s proclivities but I wasn’t! It made the show all the more sweater because the creative team was not afraid to get into the sadism, get gritty, and graphic. It got so disturbing but the way it was edited made it bearable. 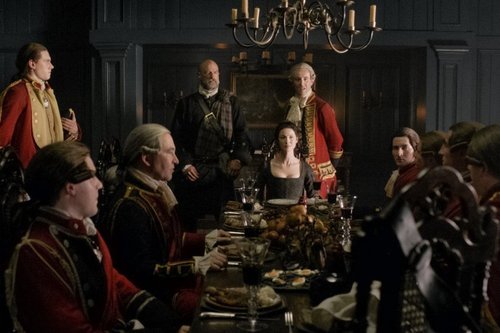 Outlander is an emotionally charged and riveting new show, arguably one of the best that came out this year.  What about you, have you seen the show? Any thoughts?