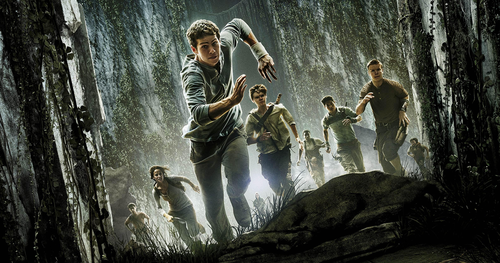 Premise: Thomas is deposited in a community of boys after his memory is erased, soon learning they’re all trapped in a maze that will require him to join forces with fellow “runners” for a shot at escape. (Source: IMDB) 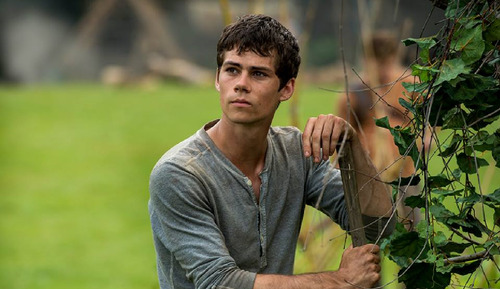 Review: It’s when I have to wait weeks to see a movie that I’m asking myself why did I move to France. Anyway I saw the movie today and liked it. The Maze Runner was exciting, spooky and funny at time. The movie has the spirit of the book despite the changes made to the story. 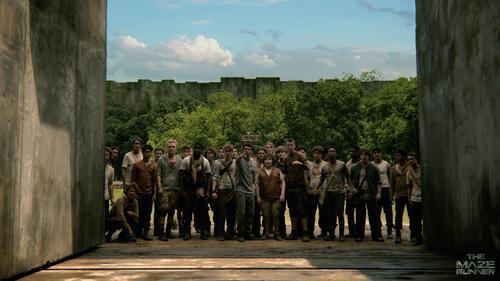 The changes only made the story easier to grasp, realistic and a bit more interesting. Reading the novel, I did not imagine such a vast world, everything came in pieces, very slowly, and it felt like I was slogging my way through the end of the book (my book review here). The film was rooted in reality, any unlikely aspects of the book were replaced with an easier to believe version of it. The film still has that futuristic dystopian flair but now it really fells like all of it could happen.

The cast’s performances was amazing, Dylan O’Brien is a good leading man and action hero, breaking away from Stiles (Teen Wolf), who I honestly expected to see in this film but didn’t, thank god. I don’t mean by this that he can’t act but for some reason I was afraid the writers would turn Thomas to someone closer to Stiles Stalinsky. Scodelario’s Teresa is far more interesting in the movie than she is in the first book. 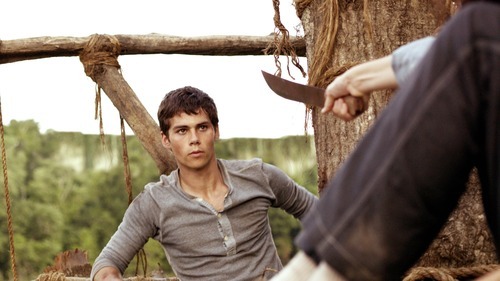 Gally is just as annoying as in the book, even thought it’s not really in the same way. Will Poulter pulls off an angry, jealous Gally like it’s second nature, within seconds on the screen I started not to like him. Gally was not stereotypical bad guy in the movie but a well-rounded character with whom one could relate because he made sense in a way. Sangster looks weird in this movie, he really does and I don’t know why. I thought he was a good casting choice for Newt, he still is, but the look they gave him and maybe the lines do not match my idea of the character I had.
Overall the dark tones of the film, the changes and the cast’s performance were refreshing. I am extremely curious to see the sequel.

What do you think of the changes made to the story?