The first I heard about The Shannara Chronicles was when it was announced that it was being adapted into a TV Show. I had time to read the book but didn’t bother, sorry I’m busy, but at least I took the time to watch the episodes. The show is based on The Shannara series of fantasy novels by Terry Brooks, and brought to television by Alfred Gough & Miles Millar – The guys behind Smallville, Aquaman, or more recently Into the Badlands. 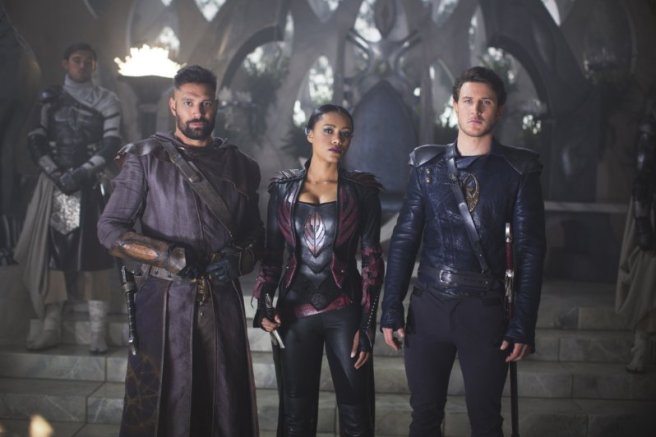 Helmed by Austin Butler – seen in The Carrie Diaries & Arrow – as Wil Ohmsford, Poppy Drayton & Ivana Baquero – I had no idea who they were before this – as Amberle Elessedil & Eretria. Set in the fictional Four Lands, the series chronicles the journey of Wil, Amberle, and Eretria who, with the guidance of the last druid Allanon (Manu Bennett – Deathstroke on Arrow), must go on a quest to protect the Ellcrys from dying and releasing all the banished demons back into the Four Lands. 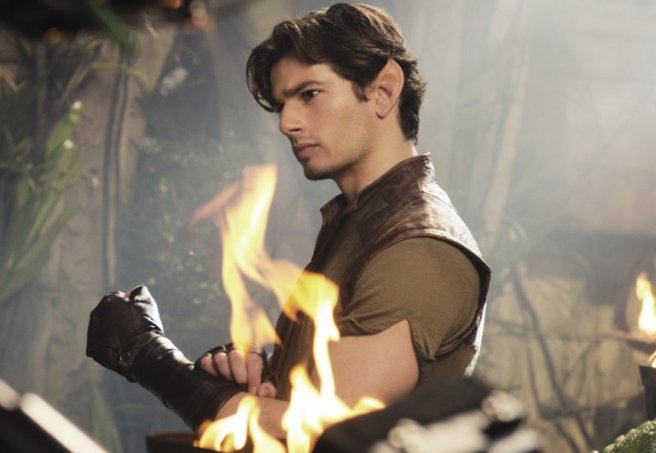 For Starters, the pilot for the show kind of blew me away. In hindsight, it wasn’t that hard to achieve I watched The Shannara Chronicles after watching Shadowhunters that night. So I was impressed by the production value, the special effects, the makeups and the acting. I was engaged in the show within the first twenty minutes. To me the show is reminiscent of Xena: Warrior Princess, Hercules: The Legendary Journeys – I’m not that old – with more money thrown in obviously, or the short-lived Legend of the Seeker.

I did not feel like they were filler episodes but some of them had boring parts that made them feel like they were. As show created for MTV it’s much better than what  I would have expected but sometimes, the MTV trademark can be felt in the dialogues, and that stings a little bit. The other thing is – SPOILER ALERT – the journey,  it took them about seven episodes to get to safe hold but they got back so damn quick that I felt cheated. I need to see a map of the Four Lands because unless they took a massive detour on their way there, their return to the castle should have taken a little longer. If they’d use the guy with the flying beast I would have understood but they rode horses -.-“.

The Shannara Chronicles could have taken a Game of Thrones route by being more serious, adult, and complex plot but I think that the Fantasy elements are not subtle enough for that to work as a TV Series. The show is beautiful, entertaining, and engaging I hope they’ll have a second season. Anyway that was me but what’s your take on it?